Although I went to high school in an area that was no stranger to heroin, I was largely oblivious to those who used it. Any of the symptoms that I now know as tell tale signs of usage I would chalk up to being tired, or the use of some other less-demonizing narcotic. It was only around tenth grade or so that I heard the term “dirthead” in a heroin-specific identifier. Until then, I never even thought of that drug being in that town or county of Pennsylvania. 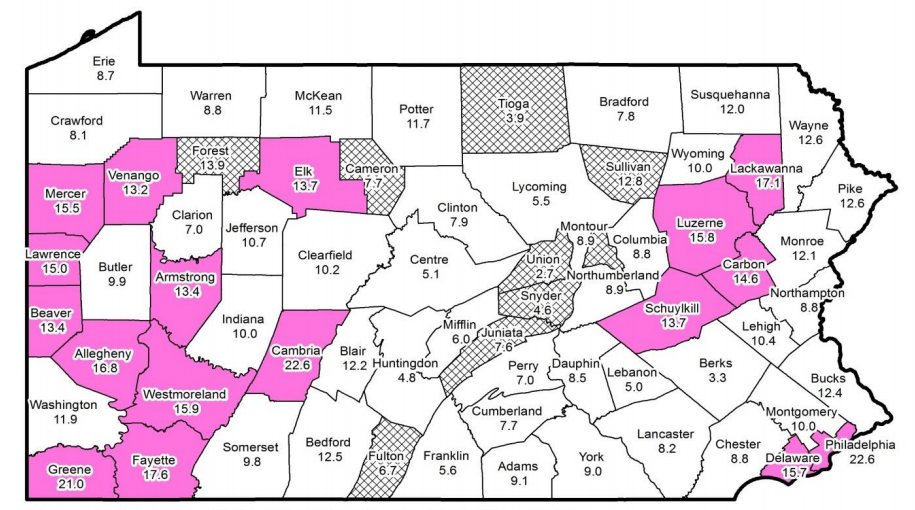 I have learned over the years that it’s common nature for some (such as myself) to be oblivious DURING the moment, and see only a skewed version of what’s happening; but in hindsight it can be painfully obvious. It’s something that I closely associate with logic of the black swan theory – a concept I’m intrigued about so much that I loosely wrote a song about it.

At any rate – growing up, I didn’t realize those around me who were on heroin were on it. Living in Philadelphia, on the other hand, I have learned. Though not specific to heroin, there’s the terrible skin, the skeletal frame, the glazed over look. Specific to heroin are the sways/nods – the falling asleep in place (or who knows, maybe I’m wrong now, and these are signs of other things). I’ve seen it on the streets and on my commute, though it’s usually just in a quick passing. Today was different.

My work commute is the 105-minute bookends to my work day. Going to work, this involves me walking from my house to the subway, taking the subway for four stops, walking a few blocks to the train station, taking the train for about an hour, catching a shuttle, and walking into my workplace. Very little happens on the walk to the subway and on the shuttle ride to my building. The excitement, if there is any to be had, is on the subway or the train. This morning was uneventful. A coworker who sat in front of me on the train was slightly younger than me but balding. That was the only observation I had of the morning commute.

Coming home from work I called into a meeting, read and wrote some work emails, and screwed around on Facebook for a second before arriving at 30th Street Station, one stop before mine (Suburban Station). A woman got on and was talking somewhat loudly, especially given that we were in the QuietRide car. As she sat and chatted behind me, I saw a reflection of a disheveled woman whom I wished would shut the hell up.

She continued to seemingly aimlessly talk, though I didn’t make an effort to listen in on what she was actually saying. The train moved on and approached Suburban Station before coming to a stop, as another train had yet to depart the track we were on. For some reason my ears began to focus on what the woman was saying.

She asked what appeared to be the ceiling of the train “Have you seen a blue bag? A duffle bag with straps?” She then looked around at the people in the car. I was very thankful that I was watching her through a reflection. She asked again. No one responded because it made no sense. She just got on one stop ago, then started asking if anyone had seen her bag. She then said “Wifi doesn’t make it to the second floor. You might need to take the elevator to get to it. Do you understand?”

Again, no one replied.

She sat down, and within ten seconds had fallen asleep.

Less than a minute later the train started to finally move, and I heard gasps behind me, and the conductor loudly say “MA’AM! MA’AM!”

She replied “Oh…I’m sorry! I’m so sorry. Thank you for waking me up. I didn’t want to be that person that spills all of their prescriptions on the ground.”

What I’m guessing happened was that the jolt of the train moved her, and she dumped the contents of her clear plastic bag all over the floor. Pills everywhere, small 10mg sized pills. The conductor tried to wake her to pick up her contents.

The train stopped. By this point I am standing and watching her pick up her pills and put them back into her baggie (not a prescription bottle). The doors open, and anyone who was closer to her than me nearly sprinted to get off of the train, including the conductor. As I walk up closer to her, I see that her dark sweatpants are salt-stained around her butt, a sure sign of her urinating herself at some point in the day. As I walk by her, she asks people who are still seated, “Is this the last stop?” Being mindful of my steps, I see a pill that I’m sure she will miss because of how far it rolled away from her.

I get off of the train and the conductor, whose shift just ended, is trying to explain what the conductor starting his shift is getting into. I walk up the stairwell I often talk about via social media that homeless people use as a toilet. There’s a fresh pool of urine at the bottom, but my mind is still caught up in what had happened on the train.

Tangentially, I write short pieces about the things I see on my commute. I started using a funny hashtag “#SEPTASPILLS” just for this purpose. While most of what I post on social media relates to the absurd and gross, they are parts of a larger essay I plan on writing eventually, where I plan to start to highlight the positives and interesting elements as well as the absurd. In particular, I am enormously grateful that my commute involves me walking by a polka accordion player, various violinists, a blind tenor with a beautiful voice, and many singers with acoustic guitars. While some performers are more frequent and predictable than others, I always know I’ll see at least three performers during my commute to and from work.

After getting off the train this afternoon, as I walked towards the Broad Street Line City Hall stop, I walked by a guy playing acoustic and singing. He’s newer, in that I’ve only started seeing him in the last couple months on my commute. He’s got a great voice, and plays guitar and sings with passion. Most of the guys who do this perform covers, and so does this one. Today he was playing something I couldn’t quite put my finger on. I was thinking to myself, “Oh, well, he’s older, so maybe he’s playing an acoustic version of a 70s or 80s song”. As I walked away from him, repeating the words of the chorus he just sang as I tried to figure out what that heck it was, I saw that he was balding too. By the time I got on to the subway, I realized that the guy was playing a Weezer song; and that the guy was very likely my age.